Well it's been a very quiet February on the sewing front, the reason being that I started going to the gym in the mornings three times a week and by the time I get home and showered I have to start making the lunch. Since I was so unfit it took it out of me completely so a two hour nap was called for in the afternoons. After waking from that I'd make a cup of tea and then have to start thinking about what to make for dinner. Then by the time that was over with I was too exhausted to sew.

I'm now getting used to exercising. I no longer need my nap in the afternoons LOLL which means I have a little extra time to sew.

This wallet was for a girl who asked me to make one for her. I had the fabric which is one of my cheaters patchwork fabrics, no piecing to do. Sorry the photos aren't very good but I was in a rush to leave the house to post it to her. 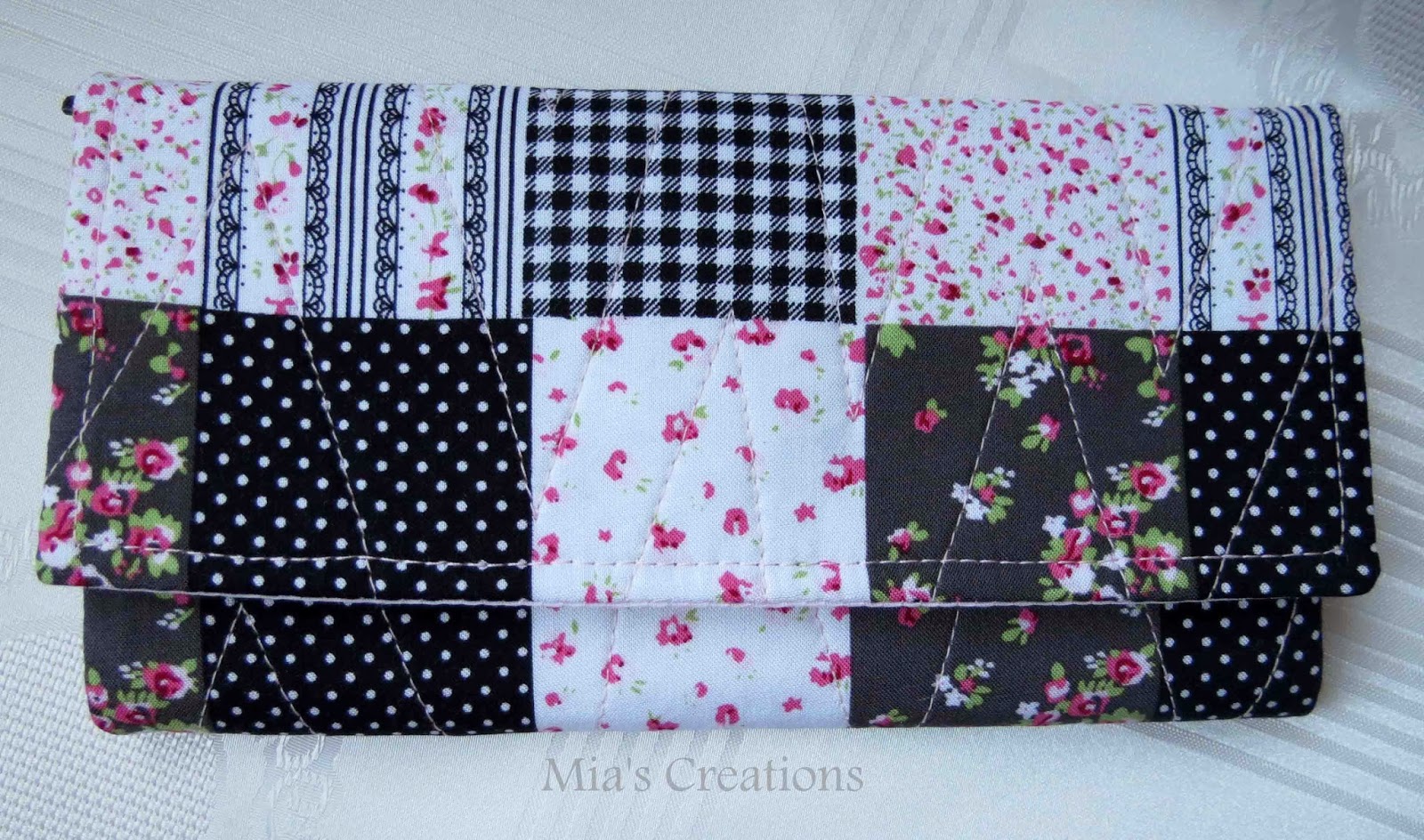 I used a very pale pink for the inside. 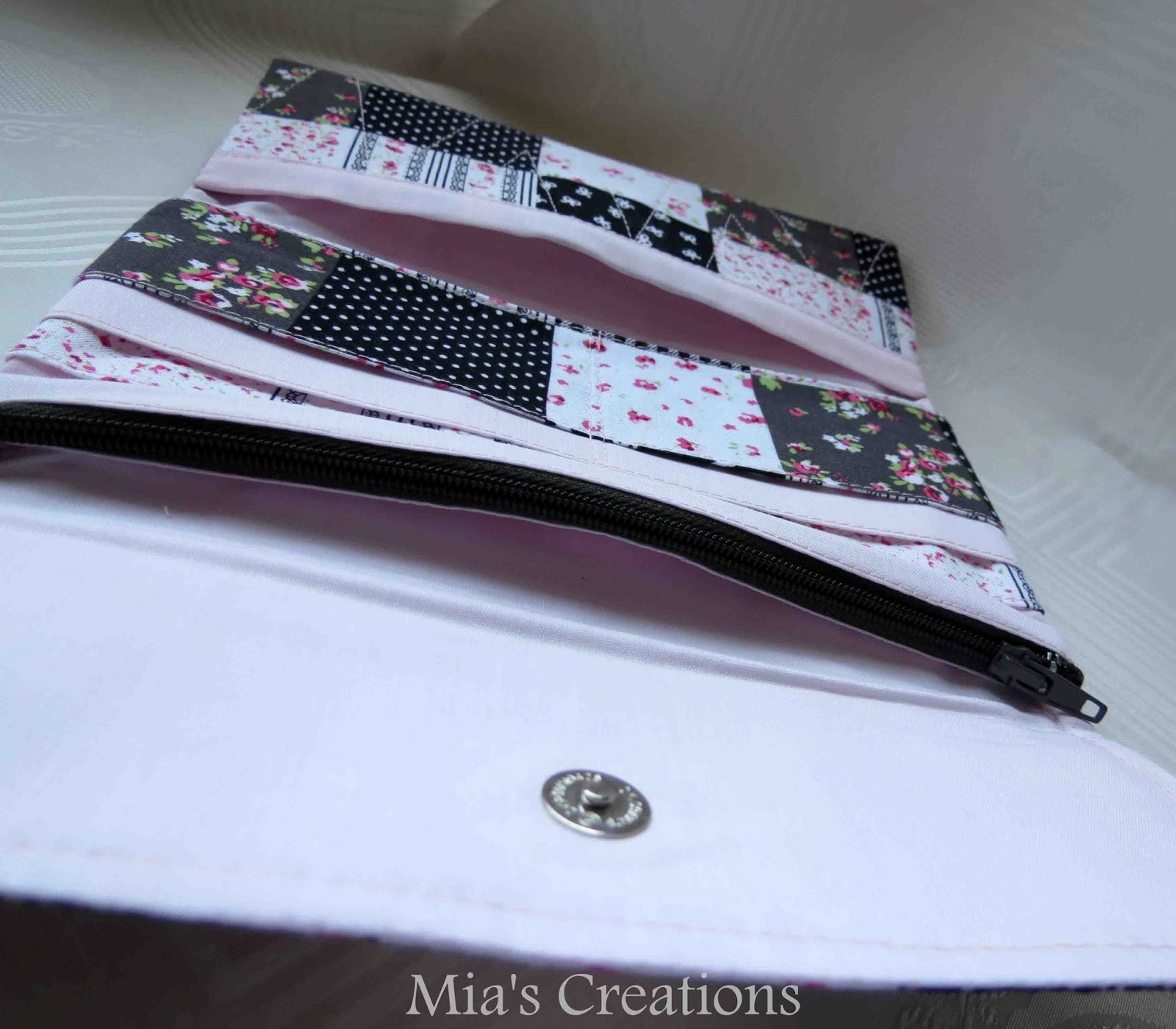 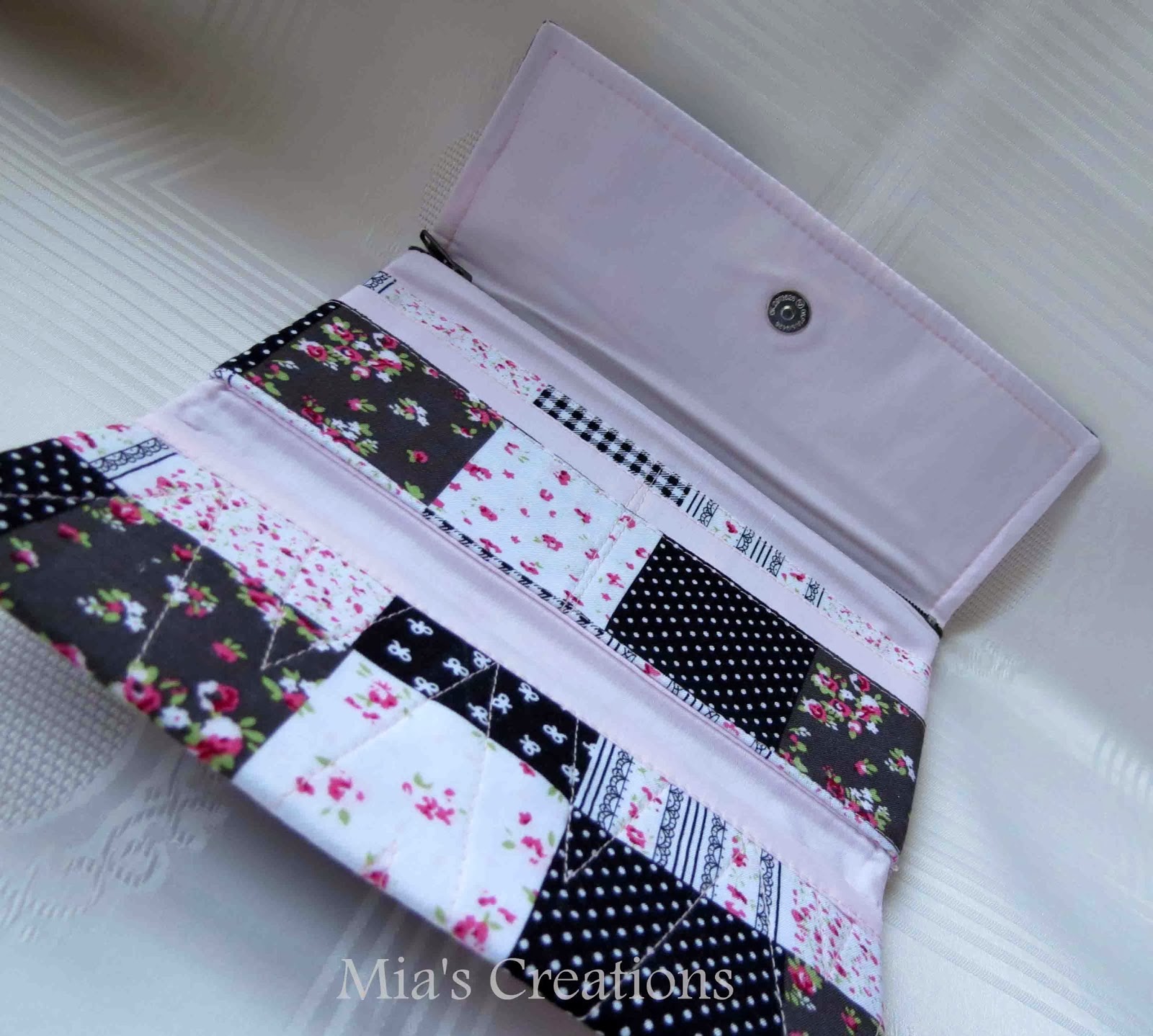 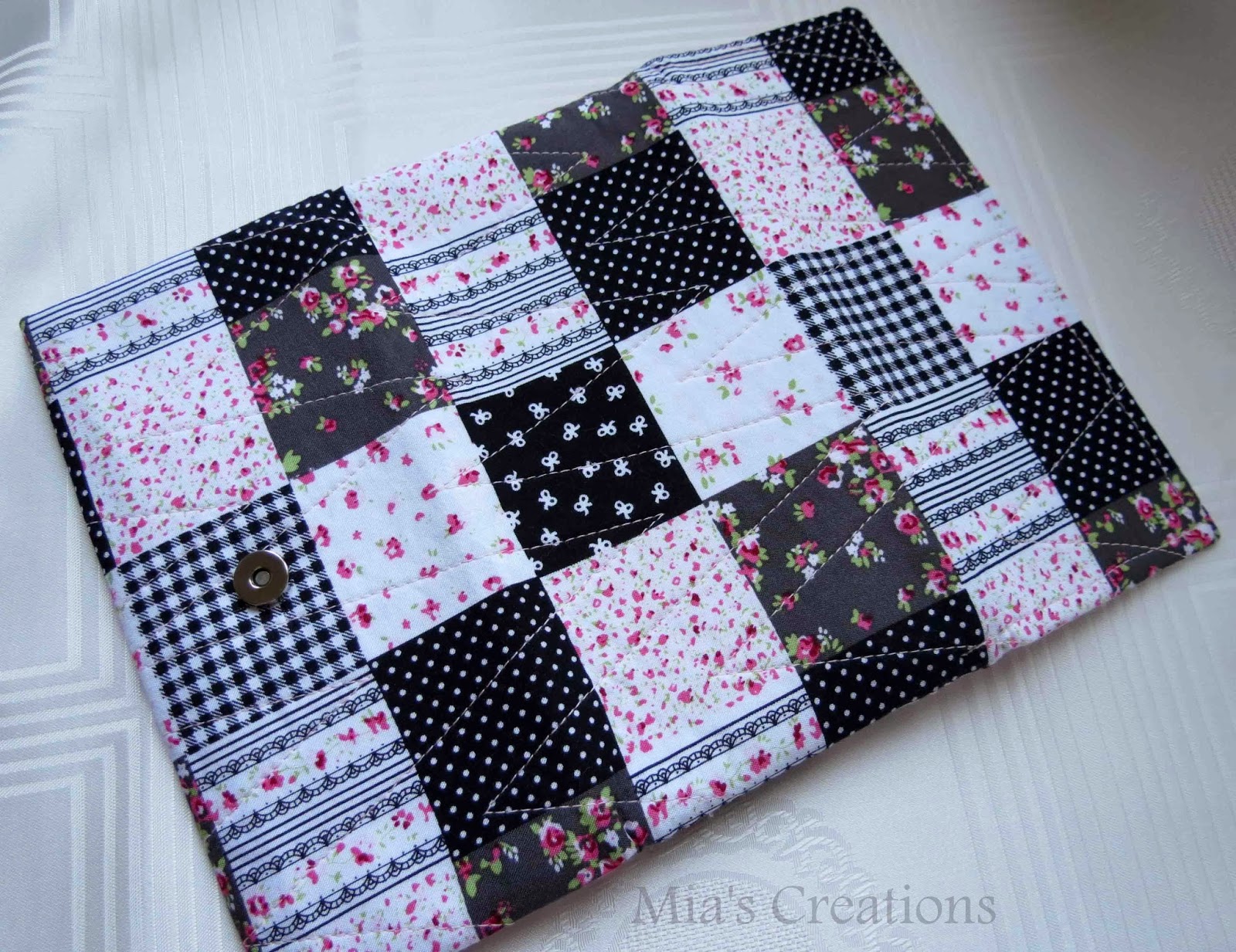 Before making this purse I did do a test bag but can't show you that one until after the 1st March when the pattern will be released. You'll be surprised at the colour I used, it's completely different from my usual browns. Liz from Moments will love it so if you know Liz that's a clue for you.

I finished a patchwork bag for a customer which I'll be showing you in a couple of days time.

Yesterday my sewing room was in such a mess that I just couldn't stand it any longer so as soon as the patchwork bag was finished I got to work on spring cleaning. I practically emptied my room, cleaned and dusted, tidied and organized and put everything back in again. My fabric was in such a state with customers coming round and pulling out samples to choose from but everything looks great now and I'm ready to start again.

My next project will be two table runners. I'm off to wash the fabrics now. I don't do this with all fabrics but some of these are cottons and have been told by the fabric store that they will shrink.

Hope some of you are having a more productive February than I am.