Yesterday I showed you Jane's Basic Clutch so today I'm going to show you the Happy Bag I made that matched the clutch and also some other Happy Bags I made during March.
The Happy Bag is designed by Rahimah at Imazzpatterns and she's another designer that makes bags for beginners. Her designs are simple and easy to make and the patterns are very well written with loads of photos. 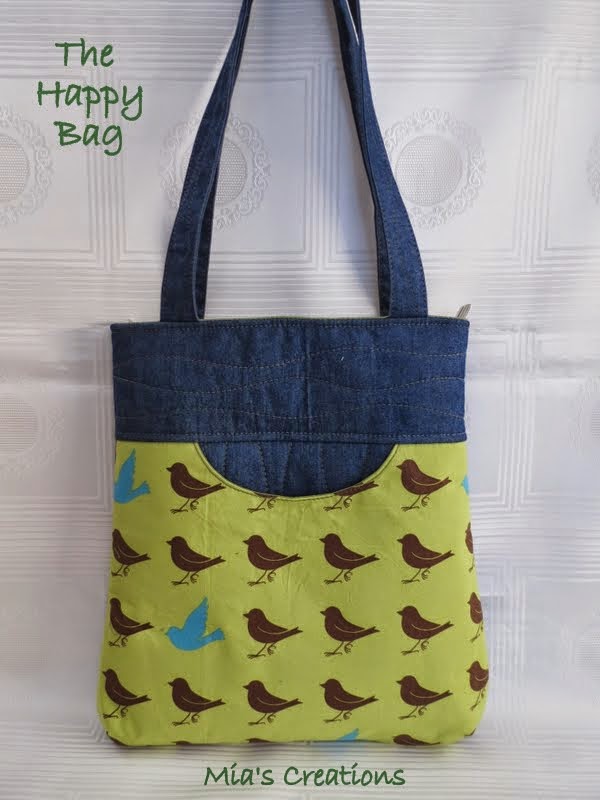 Here's Jane's Basic Clutch I tested to match the bag.
I love this fabric. 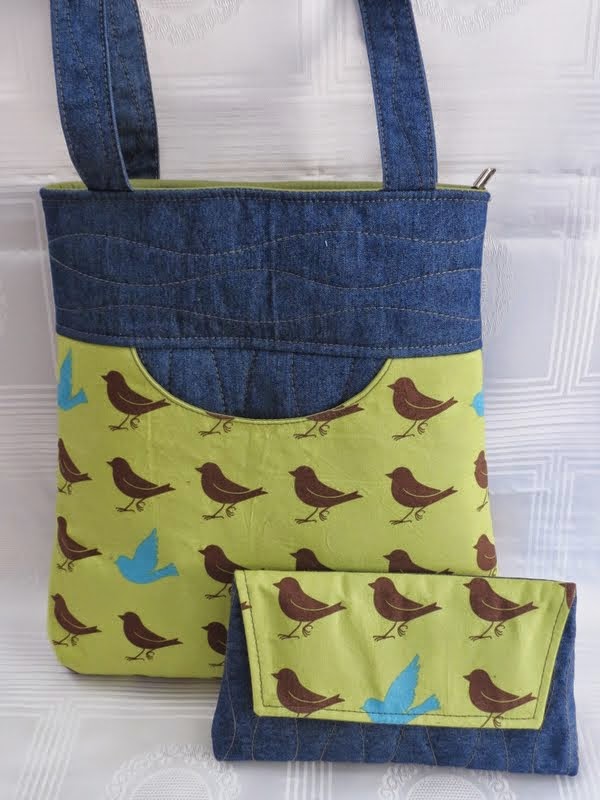 The pattern for the bag has a magnetic button closure but as my customers want zippers in their bags I added a recessed zipper which is very easy to do and can be added to practically any style bag. 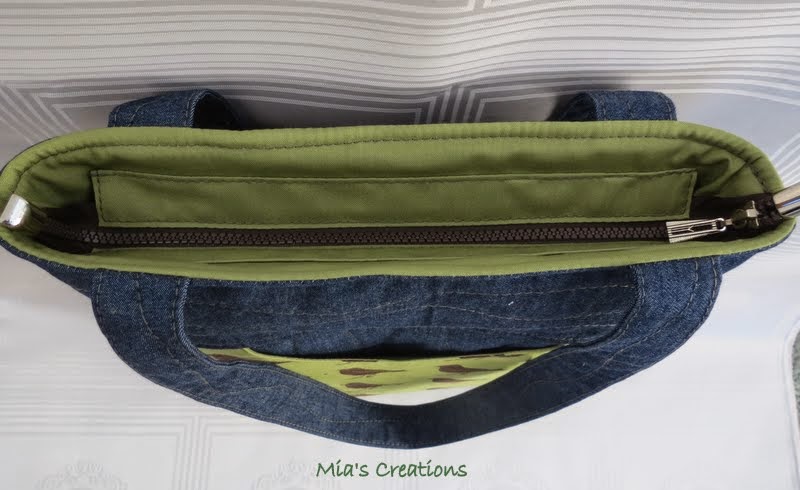 Inside has a couple of slip pockets. If you're a confident sewer you could add a zipper pocket on the other side. 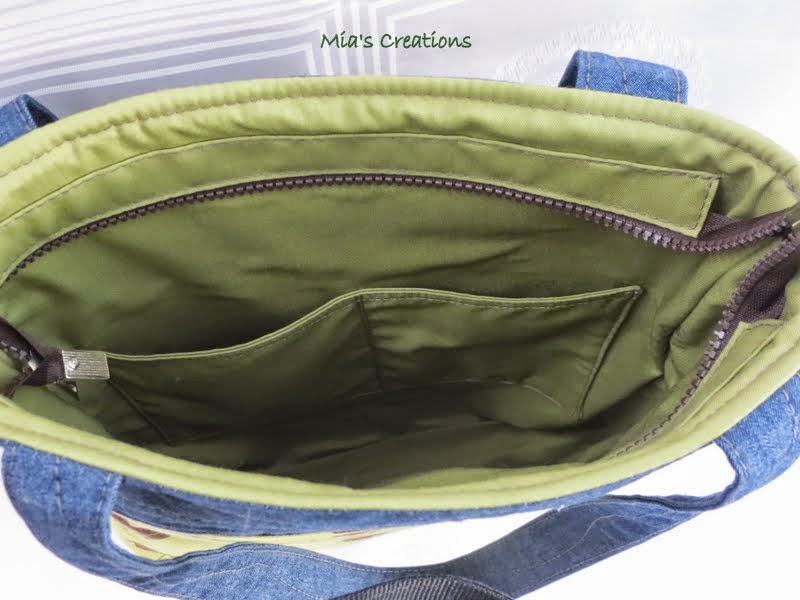 As usual I quilt my bags as I don't have fusible fleece so this is a good way of keeping all the layers together. 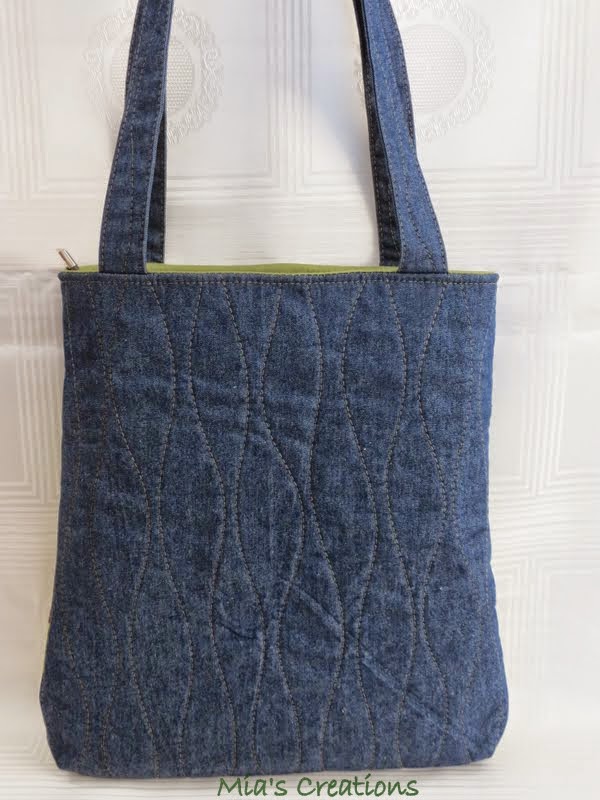 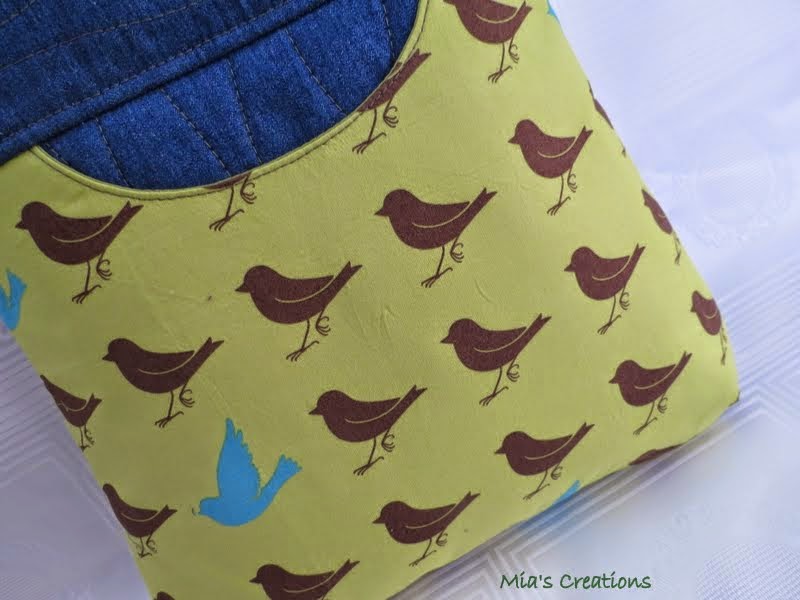 This one I made with upholstery fabrics. This colour is really in this year. 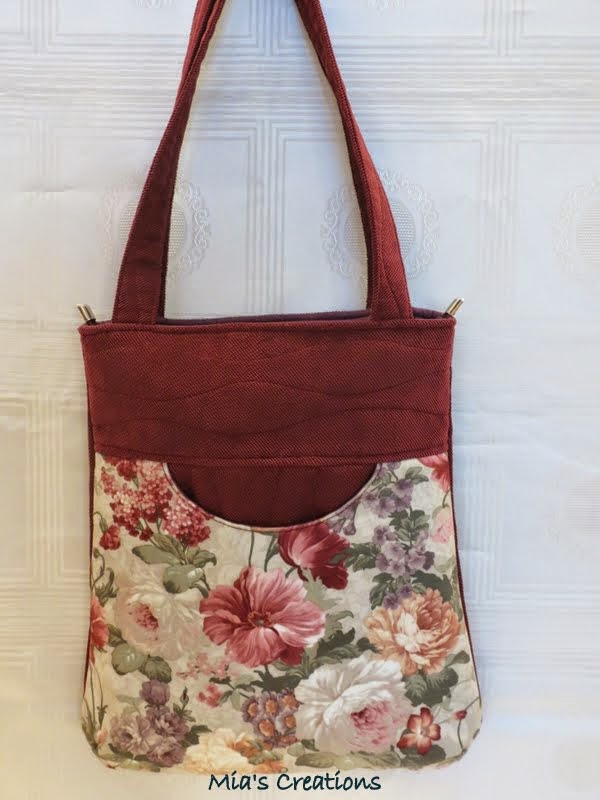 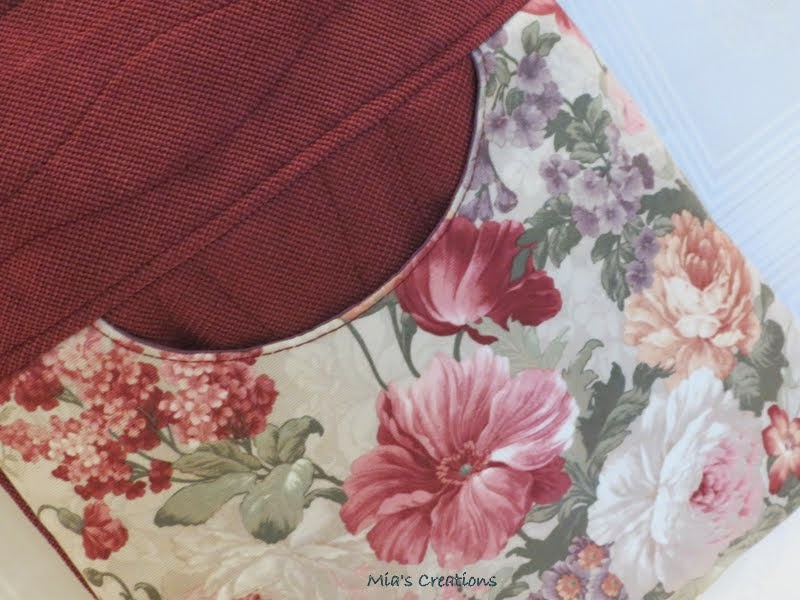 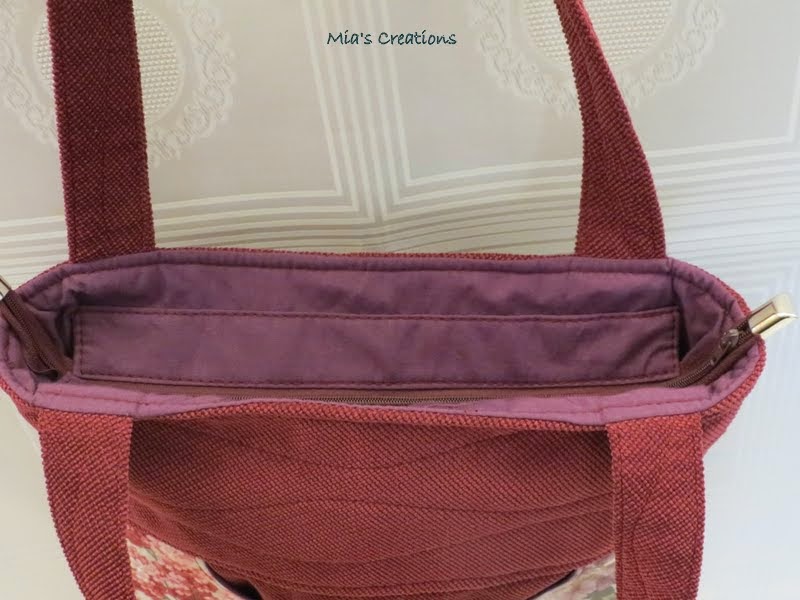 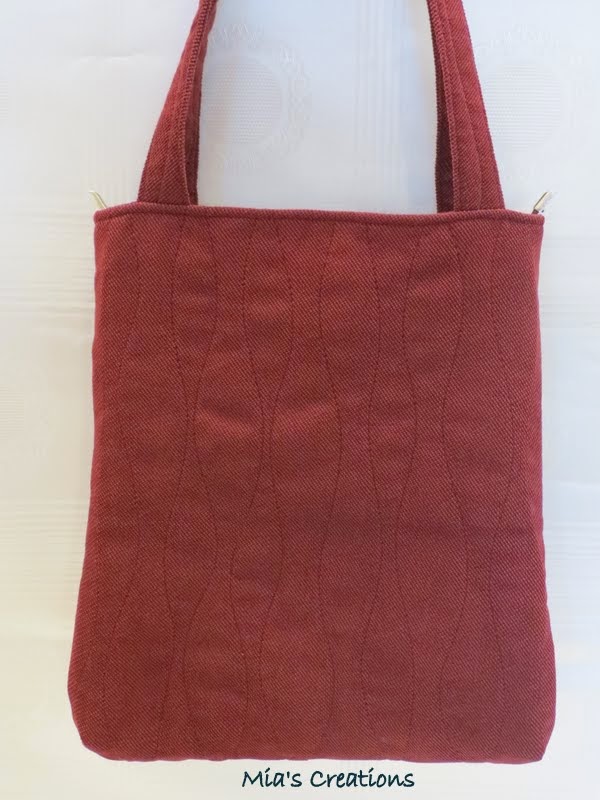 This is another one I made in the same fabrics just that I positioned the front pocket to show the flowers differently. 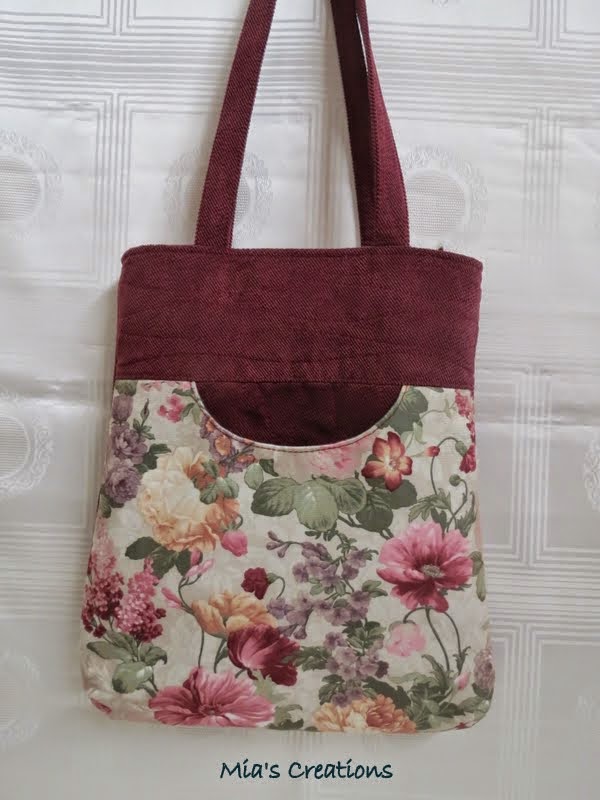 Another one in upholstery fabrics. I love these large floral fabrics and they are proving to be really popular. 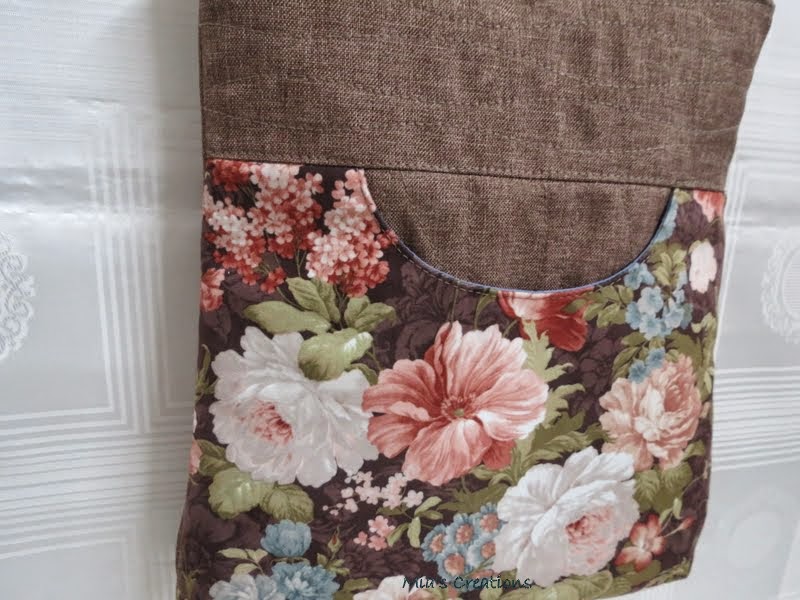 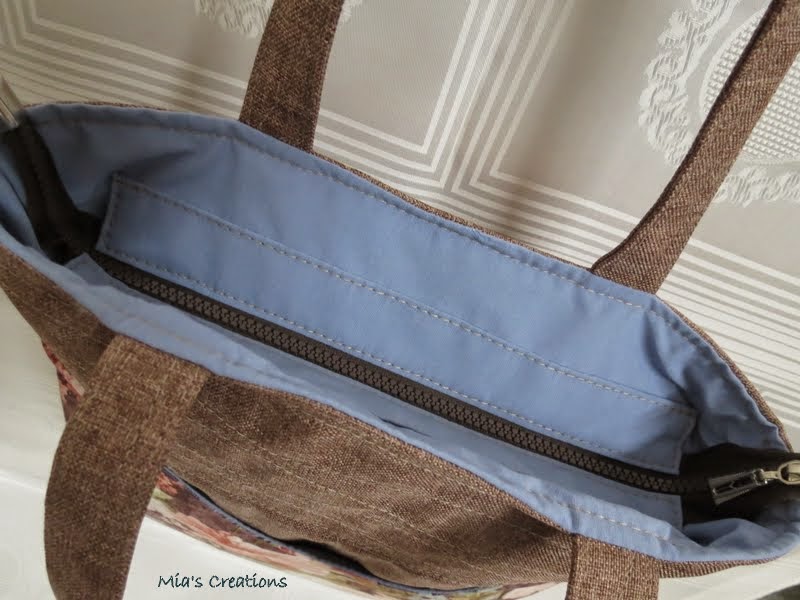 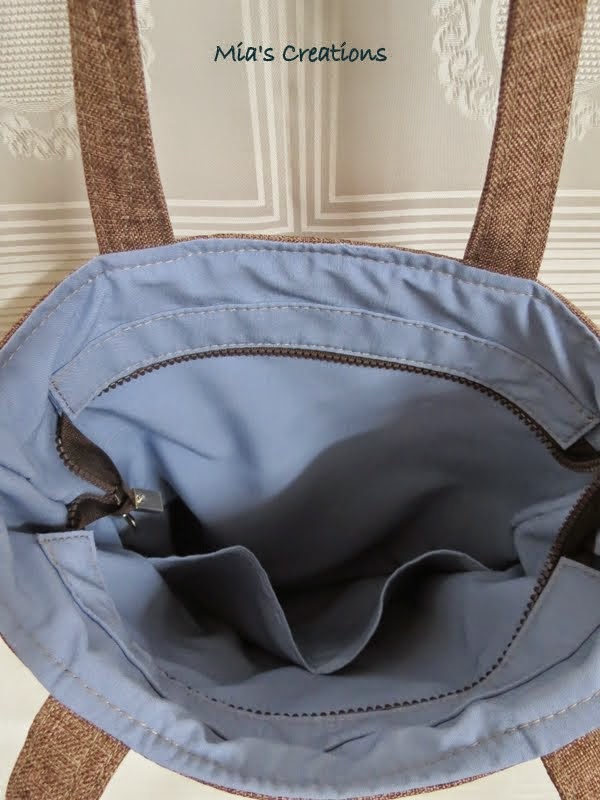 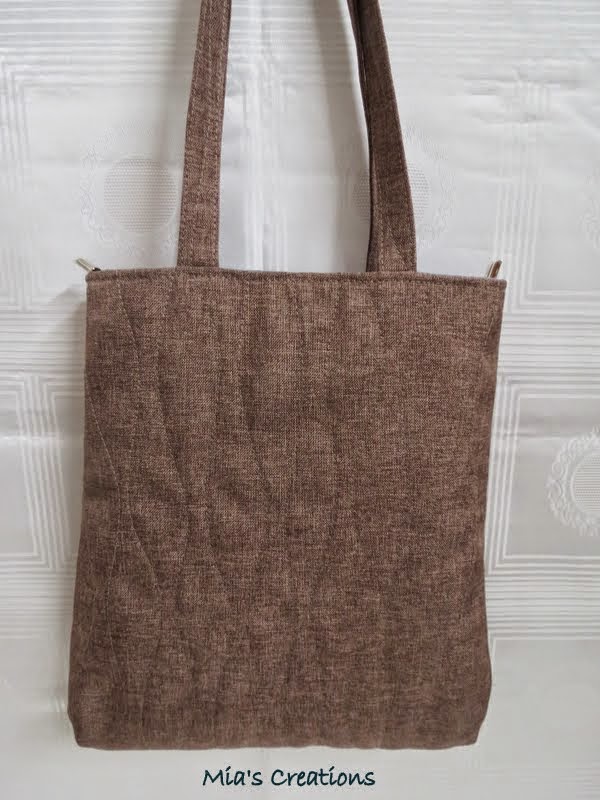 I also made matching makeup bags for these but I'll show you those another time.

Boy have I had one crazy month. Actually it's been longer. It all started before the 21st Feb when I was sewing like mad for an upcoming craft fair, you can see that post HERE. Shortly before I was leaving disaster struck when my sewing room ceiling fell down which meant I couldn't make the craft fair, you can see that post HERE. If that wasn't enough to deal with, me and my daughter decided to be the sole suppliers to a shop and if all that wasn't enough we were published in a magazine but more about that in another post.

With all my time spent sewing for the shop and not knowing when workmen would turn up I had to put testing bags on hold, I just wouldn't be able to concentrate. Then Jane from Projects by Jane asked if I wanted to test a clutch and I couldn't refuse becasue her patterns are perfect when they come for testing plus her creations are quick and easy to make. The day after she sent the pattern I had finished it and sent her photos. I told you it was quick.

Here it is, Jane's Basic Clutch. I knew instantly which fabric I was going to use becasue I had just finished making a Happy Bag in the bird fabric which was sent to me by Samantha and thought this clutch would be a perfect addition. 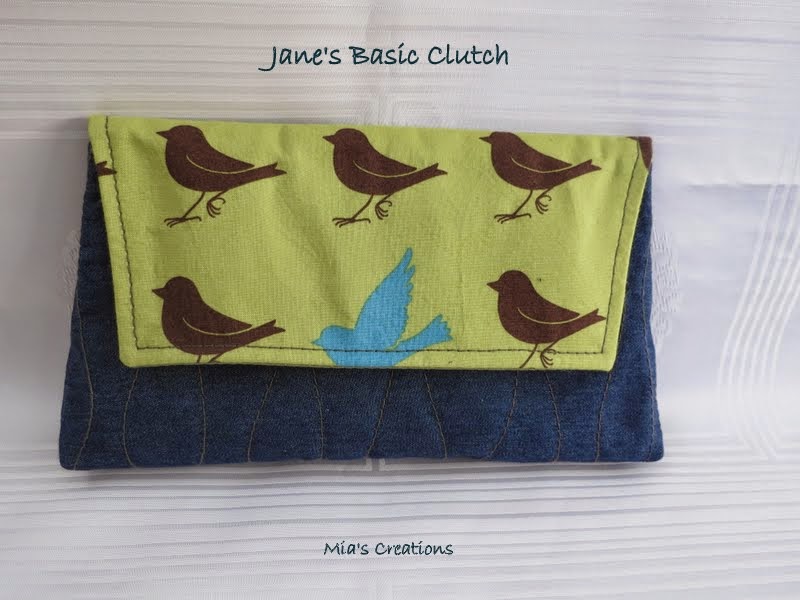 This is a basic clutch but can be made as a conventional clutch like I did with the body in one colour and the flap in another or you can make it like Jane's. She made hers with the back of the clutch and the flap in the same fabric and the front main bag plain. 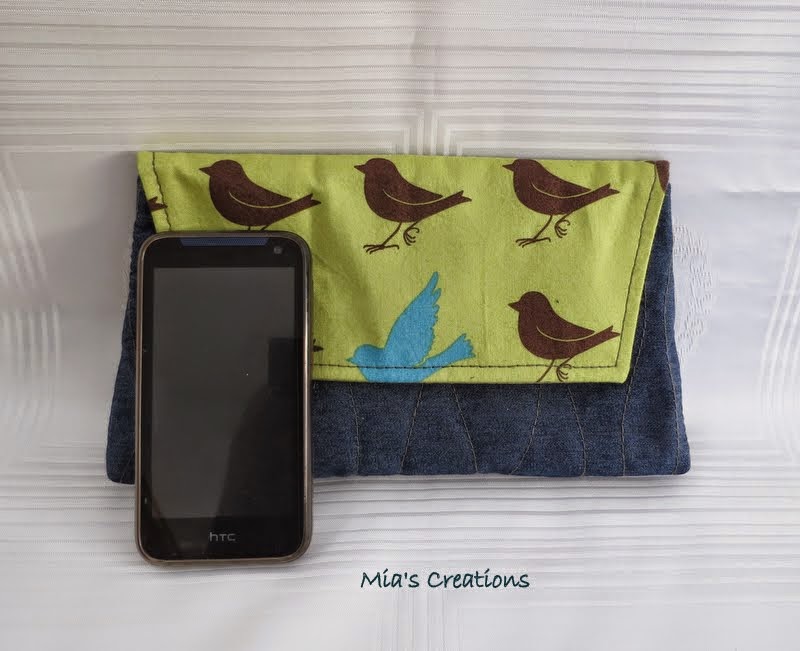 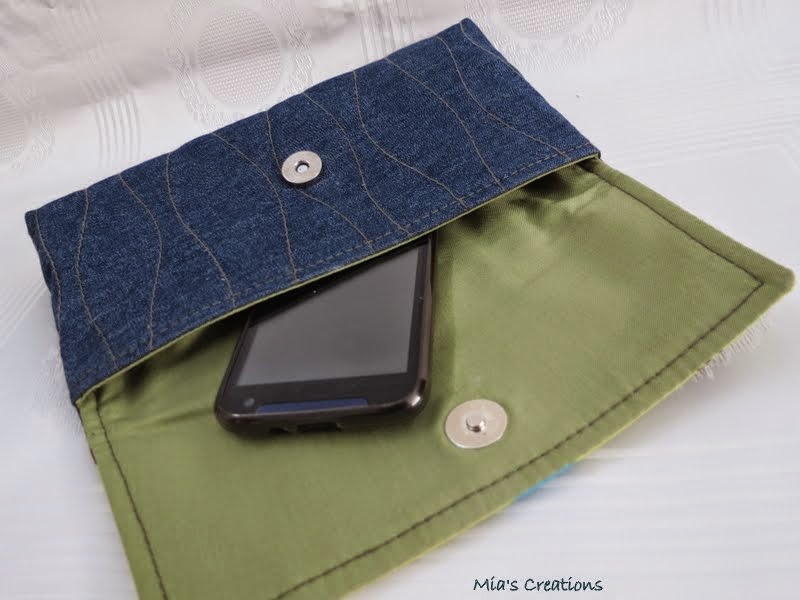 Inside there is a single slip pocket. Although this may seem like any other clutch Jane has a very clever way of putting the whole thing together which was a new technique to me. 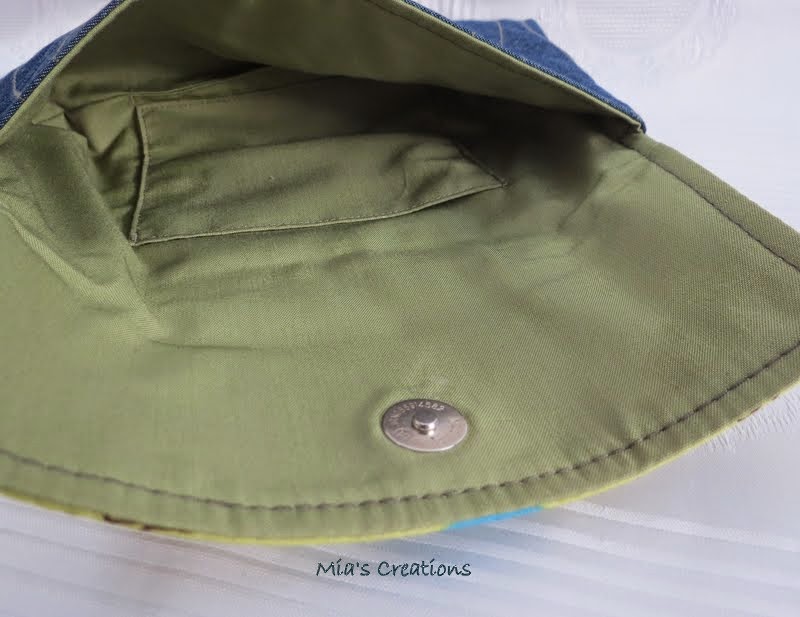 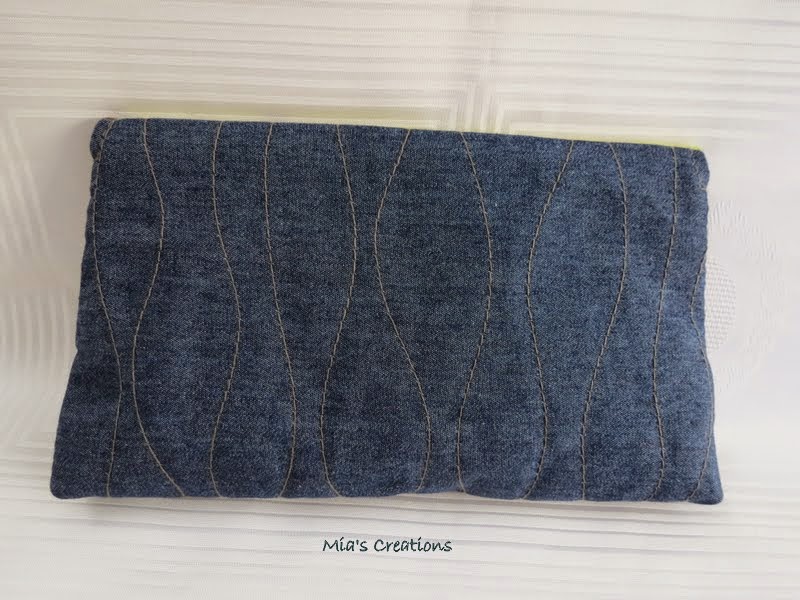 I'm really happy with the way it turned out. Jane's patterns are perfect for beginners with loads of photos and detailed instructions, you just can't go wrong. The pattern is available HERE on Jane's Etsy and while you're there check out the rest of Jane's patterns, they're all fabulous. 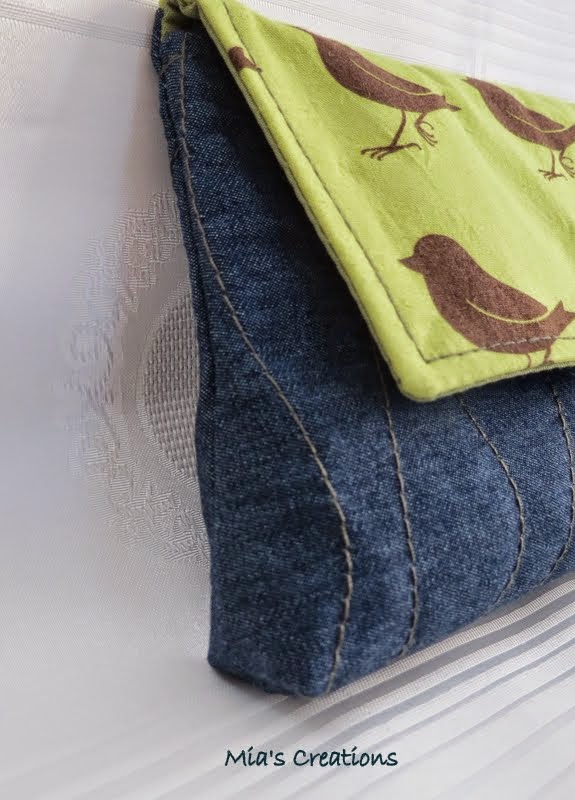 I have loads more bags to show you that I've been sewing while you thought I'd disappeared. I've already fallen asleep several times while writing this post so I'll leave the Happy Bag till the next time to show you. For now it's goodnight from me.