I'm really excited today becasue I can finally show you a quilt that I finished about a couple of weeks ago.

It was about a month ago when Amy from Sew Incredibly Crazy sent a post out for testers on her blog. Without even stopping to think about it I left a comment saying I'd love to test the pattern but didn't think I'd get picked becasue I don't have a lot of quilting experience. To my delight and then horror she wrote back and said I could test.

The horror of it was what if I can't do it and then there's all the quilting to do on the quilt once it's finished. I've never tackled anything this size before and was pretty sure I'd fail.

We had one month to finish the quilt so I got to it straight away in case I came across any major problems. I figured if the worst came to the worst I'd have time to start again but once I started cutting out the pieces realized that thanks to Amy's well written and illustrated pattern there was no problem. Only thing I had to worry about now was how to quilt such a large, for me, quilt.

Here's my quilt on my bed. I absolutely adore it and already have fabrics picked out for another one. My quilt measures 52" x 52" which is slightly larger than the pattern becasue I added a border which wasn't included in the pattern. You can also see the other tester quilts on Amy's blog HERE. Everyone the same but different because of the fabric choices. 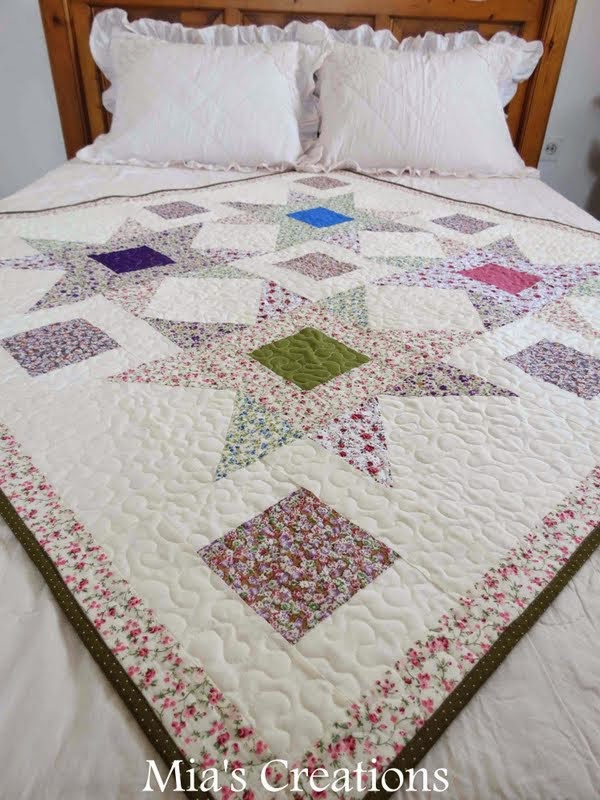 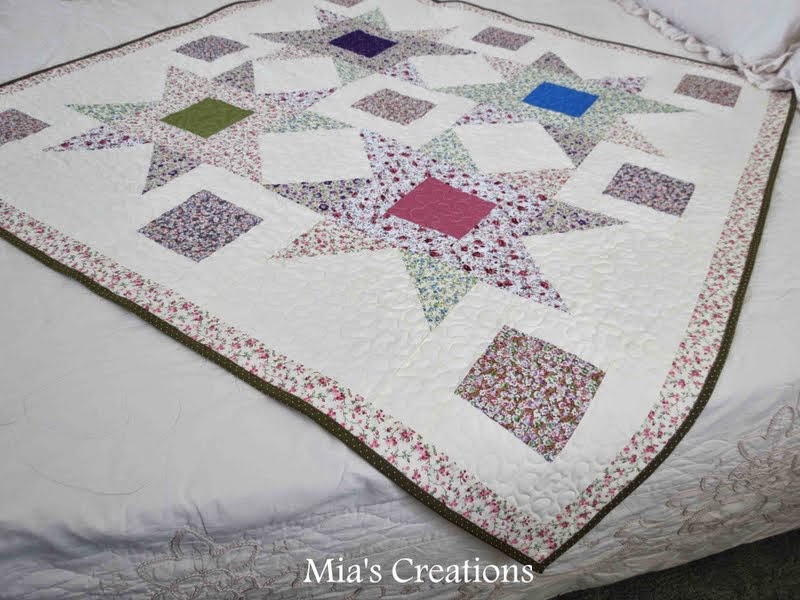 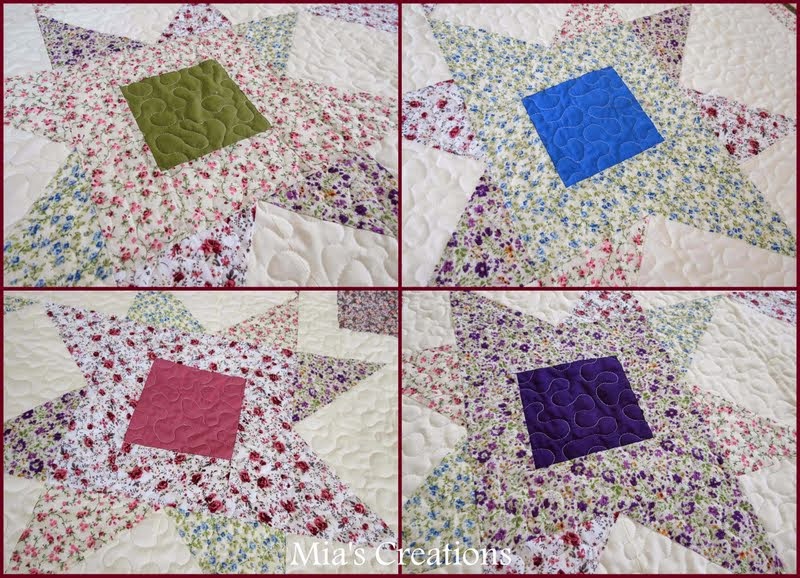 Finding a backing fabric was more difficult than choosing the main fabrics for the quilt but I narrowed it down to two and then this one won. 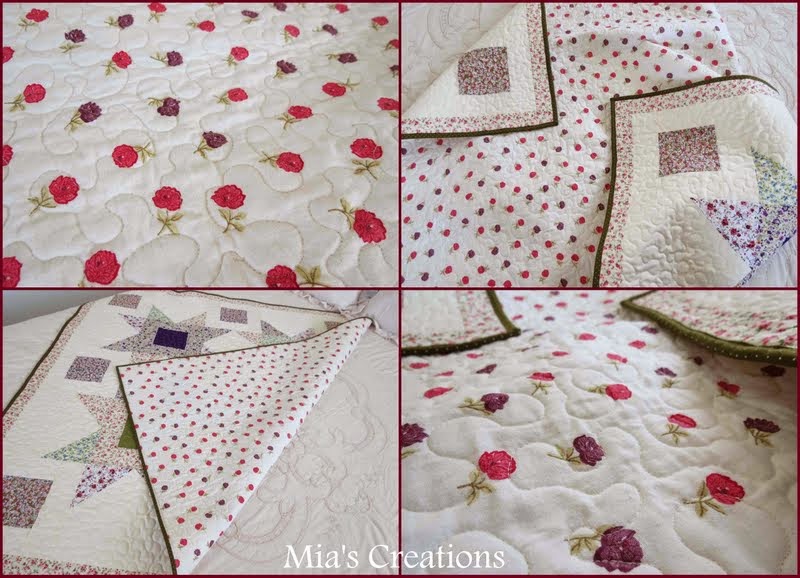 I wanted the binding to have some pattern in it so I was really pleased with this olive green polka dot fabric I found quite by chance. 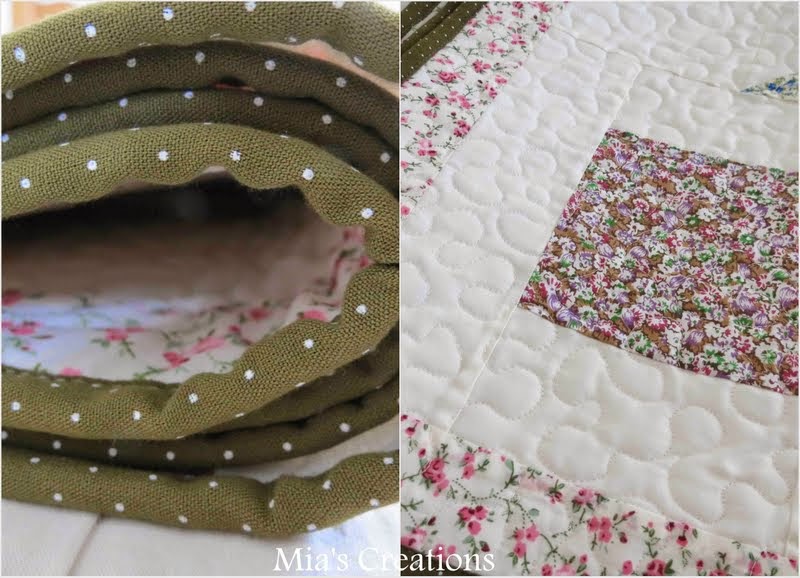 I thought I'd take some photos of when I was quilting it. It took me two days to do the stippling on it but before I started I did some research on the internet on the best way of quilting it and came across some quilting tips by Elizabeth Hartman HERE. I don't think I could have done it without her helpful tips.

I had to move my sewing machine from it's regular place and place it on my cutting table so I'd have plenty of support for the quilt.

Working in sections like Elizabeth Hartman mentioned made it so much easier as did her 'Pull, don't Push' method of stitching.

If you're relatively new to quilting and would like to try a pattern then this is a great one to start with. Amy has now released her pattern and you can find it HERE on Craftsy.

A big thank you to Amy for having faith in me and letting me test.