Seems like these days I'm making a lot of secret projects that I'm testing and can't show until the patterns are released. I just finished another today so in order to keep you checking in on me and not running away I stopped my testing for a couple of days and made these cute wallets and fabric baskets.

This has got to be one of the simplest and quickest wallet tutorials I've come across, ever.
The pattern is by Noodlehead and is a free tutorial for a boys wallet. I don't really have the need to make boys wallets so made mine in girly floral fabrics.

I chose four different floral fabrics for the outside of the wallet and three different pinks for the inside.

My leaning Tower of Pisa.

There's a slip pocket for cash and four card slots.

I also made seven fabric baskets that I originally saw on my friend Lorena's blog.

And if I didn't have enough on my plate, in between making all these, my son came home with a tiny puppy he found wandering around lost in the middle of the street. He put him in the car and by the time he got home the puppy was fast asleep on the floor with it's head under the front seat. I found a box for him and put in an old sheet, took him out of the car carefully and placed him in the box. It was pretty hot and humid that night so he was happier sleeping on the cool stone floor. 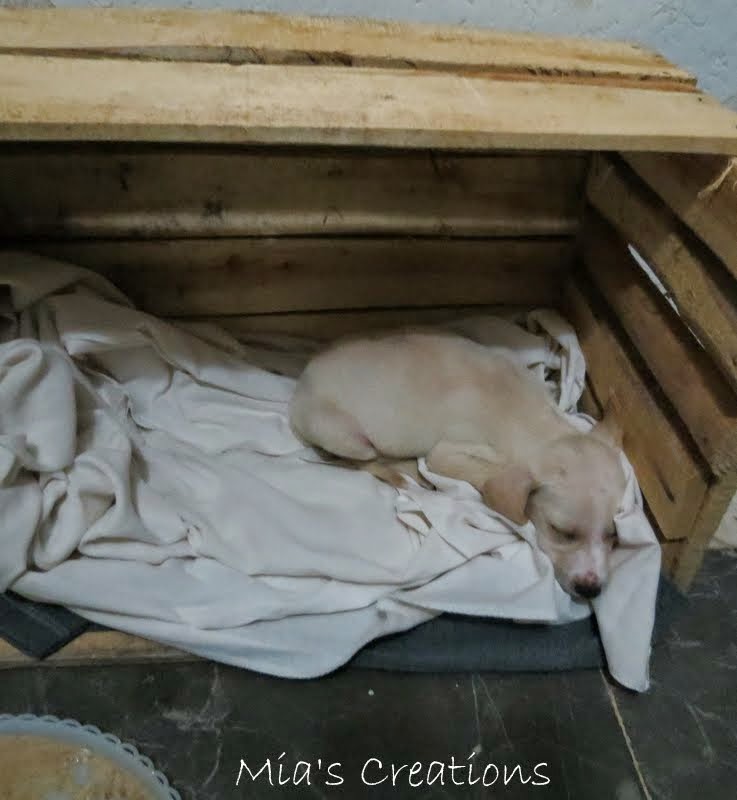 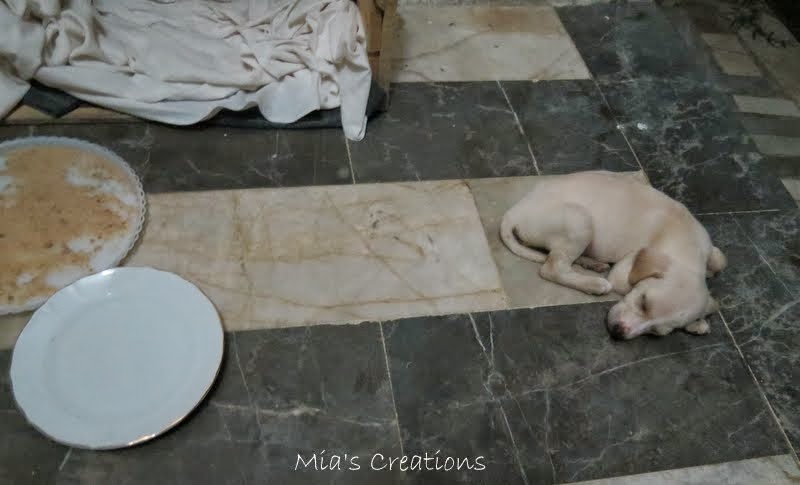 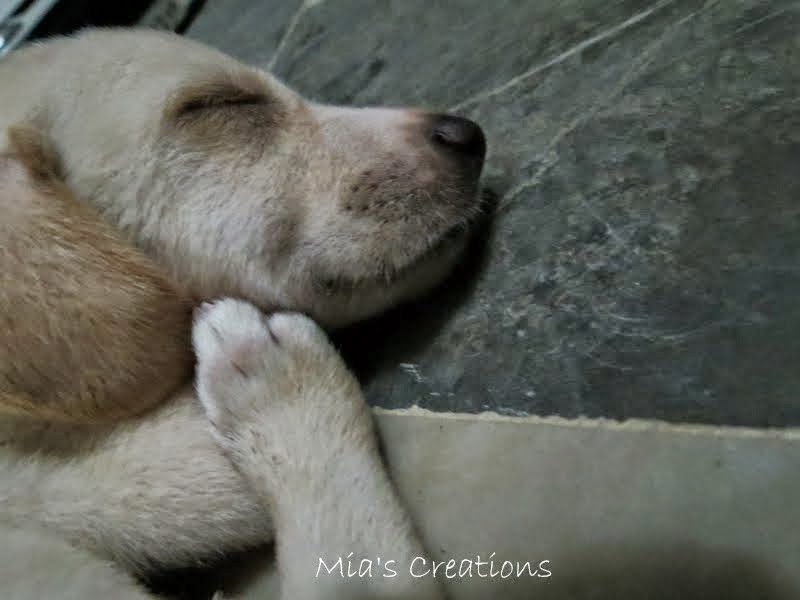 He woke, obviously very hungry and not knowing much about dogs got in touch with my friend Toby who has loads of dogs plus she's on a dog group. I gave her the details and was told to feed him rice and chicken. By now it was midnight so I gave him some digestive biscuits crushed with some milk. That wasn't a good idea becasue it went straight through him and when I woke in the morning after only three hours sleep he'd pooped all over the place. I cooked him his chicken and rice broth which he loved and couldn't get enough of and then took him to the vet. We had managed to find him a good home on a farm with another dog and a rabbit LOLL. My son had always wanted a dog and was hoping we'd keep this one but after one sleepless night and a load of poop everywhere I think he was more than happy to give him away.

It took me most of the morning to clean his mess up outside and was left exhausted by lack of sleep and worry for this helpless little thing and after I'd had a good two hours sleep I managed to get back to my sewing. I swear that looking after a puppy is harder than looking after a baby.

One last thing before I go, becasue of so much spam on my blog coming into my email I have changed the comments setting on my blog to 'Registered User includes openID'. I'm sorry if this causes problems for you leaving a comment but I don't want to put my blog on moderation unless it's absolutely necessary. After a while I'll put it back to how it was and see if the Anonymous comments stop coming in.

Thanks for stopping by.
~ Maria ~